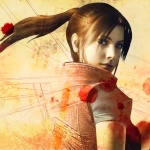 Farm and area behind the village:

Go in the small hutch at the left side; destroy the barrel and save your game. Then take the note there and leave the hutch. From here you can see a guy with a pitchfork in front of a big cowshed. One guy stands in the middle of the cows in the fenced area left beside the cowshed (he works there). Another guy stands right besides the house diagonally opposite the cowshed. You can’t see the guy in the house in first floor and one in the second floor. Another one waits behind the house (side facing away from you) and when you follow with your view the wooden passage over the way between the houses you see another small storage in a fenced area. There waits the last guy.
Ignore all what you still see and shot the guy in front of the cowshed. The man right beside the house and the man between the cows will now come closer. Kill first the cow guy and then the man on the right side. When you killed them the man from the first floor will climb out the window and run to you. Kill him too. Then return to the hutch and proof the big tree in front of it. There is a note pinned at it and a blue medal hangs on a tree branch. Shoot at the medal and take the note (you need 12 of 15 of these medals to unlock a new handgun; at the farm you will find 7 medals; first at the tree, next under the roof (in front of it) of the cowshed, third at the branch of a tree behind the cowshed, fourth right behind the house under the roof, fifth in the house in the window opposite the ladder, sixth at a small wind wheel right beside the wooden passage, seventh left beside the big gate in the fenced area where the last guy is waiting).
Now go behind the hutch. There is a well. Under the roof of it hangs a jewel. Before you shoot at it you have to close the lid of the well. So the jewel won’t fall in the well and is lost. Take it with you and proof the hutch behind the cowshed. Not in the hutch, but behind it (medal!).
Then go behind the house (walk right past) and look up under the roof (medal!). Walk in the house and destroy the barrels on the right and open the commode on the left side.
When you step further the man behind the house will climb through the window in the house. Kill him. (Trick: shoot at the leg, when he is on the knees walk closer and “kick” will be shows. So kick him.)
There are crates and commodes to proof before you climb up the ladder. In the second floor works a guy with a pitchfork. Shot him and proof the commode (turn and destroy the medal what hangs in the window). Then jump through the window besides the commode; now you at the wooden passage.
Go at the edge and jump down, turn and push the wardrobe away. Here is a wooden crate. Destroy it and you will find a treasure (a jar; you need several parts to finish it).
Now leave the building part in the ground floor, return to the house and climb up the ladder again. When you are back at the passage follow this till the end and look to the right; there is the wind wheel (medal!).
Jump down (beside the ladder there), kill the last bad guy (then turn to the right and look up left beside the gate (locked) there is the last medal here) and proof the storage. Then return to the main path and follow this until a gate; go through.